25 Pubs across the UK are closing every week

Pubs are closing at the rate of 25 per week, as the trade continues to face tough conditions in all parts of Britain, according to figures released in Spring 2011 The British Beer & Pub Association, which commissioned the new survey, says that the Government should abandon plans for increases in Beer Tax in the Budget. The BBPA says that with the right policies, the beer and pub sector, which employs almost 1 million people, could play a leading role in bringing the economy out of recession.

While the closure rate has slowed from the previous year’s 40 per week, there were almost 1,300 fewer pubs in Britain by the end of 2010. With a typical pub employing around ten people, this represents a net loss of jobs of around 13,000 across the country. Pubs are closing in every part of England, as well as in Scotland and Wales. The rate of losses is highest in London (5 per week) and the North West.

With beer still the key seller for pubs, huge rises in Beer Tax, which has gone up by 26 per cent since March 2008, are a huge drag on the sector, says the BBPA.

BBPA Chief Executive, Brigid Simmonds, comments: “The closure of 25 pubs every week is bad news for the economy, as the sector plays such a vital role. It’s also a blow for local communities, with pubs often acting as the hub of local life. With the right policies, this vital part of our tourism and hospitality sector could be creating new jobs, and helping to bring Britain out of recession. If we really do have a pub-friendly government as the Prime Minister says, the time to act is now – with a freeze in beer duty in the Budget."

The above article is taken from the BBPA website. 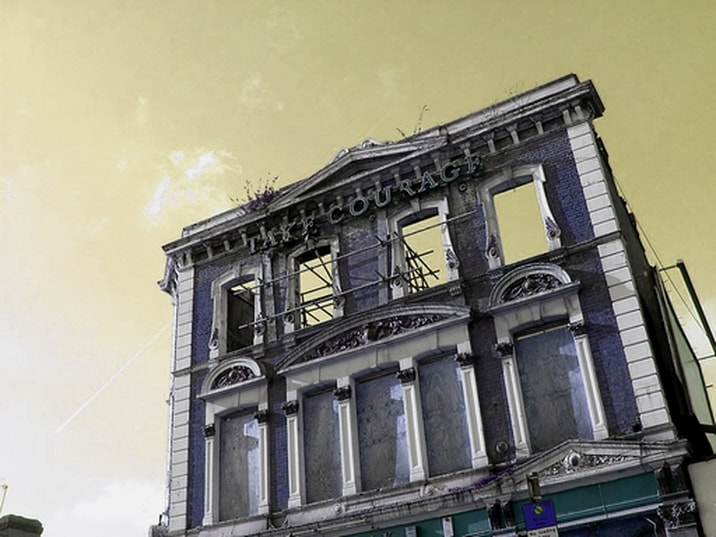 Royal Oak - Canning Town
“Pubs in London are not only a major tourist attraction but they are also provide Londoners
with invaluable places to relax and socialise after work or during weekends.”
Jonathan Mail of  CAMRA  (Campaign for Real Ale)

By Clicking on the Amazon link Derelict London receives a small % of anything that you spend! hint hint....

Look at  derelict pubs by area by clicking on the following  icons:

DID ANYONE USED TO DRINK IN ANY OF THE PUBS ON THIS WEBSITE?  ANY STORIES TO TELL?

"Those of us who like to explore the capital's hidden corners and forgotten byways can only applaud Paul Talling for compiling derelictlondon.com, an often uncomfortable record of the capital's underbelly.We see them every day: the disused cinemas, boarded-up shops, vermin and even human derelictsthat society would rather turn a blind eye to. They may be less picturesque than Big Ben, Beefeatersand the London Eye, but they are no less part of London. Once you start noticing them, you just can'tstop.I can't quite bring myself to look at the toilets, though."
THE GUARDIAN