Sorry but this page  is not quite ready yet. Its a major work in progress

Another section that isnt entirely about dereliction but of places whose "musical heritage" is largely unknown by people who pass by these buildings. The pictures are the buildings as they are now (unless otherwise stated) plus a few odd scans of pictures that I took of gigs at these venues though we didn't all carry cameras around like we do in this digital age.

Much of the inspiration for creating this part of the website was of seeing all my old haunts of the 80's & 90's turn into flats, etc. Also I wanted to explore the legendary punk venues of the 70's and see what is there now. Hence this page initially has a leaning to punk and beyond but I'm particularly interested in researching earlier times esp of The Small Faces & The Who. So another area of input for all you derelict London fans!!!

and here are some of pictures taken at the Sir George Robey. All taken in June 1989 at the punk weekender that I hosted (apart from the final pic of the Long Tall Texans which was 1990). Band playing at the punk weekender included: Splodgenessabounds, UK Subs, Culture Shock, The Abs, Guitar Gangsters (1st live gig),The Abs, Red London, The Price (with Paul Fox of The Ruts guesting on guitar), Suspect Device, Red Letter Day and many more. 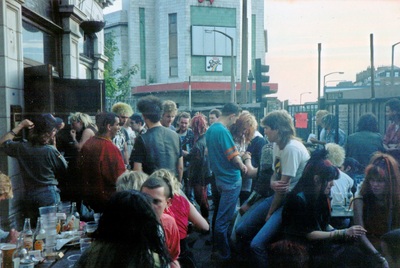 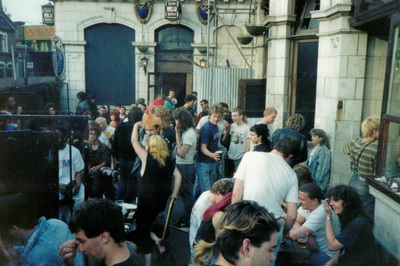 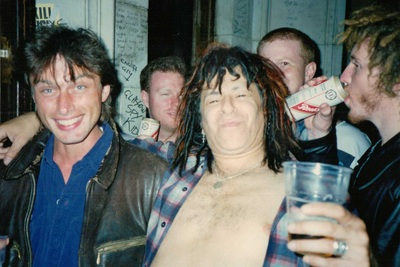 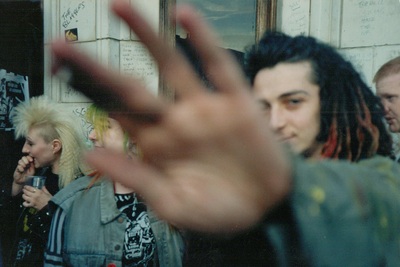 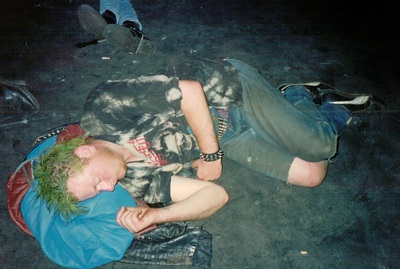 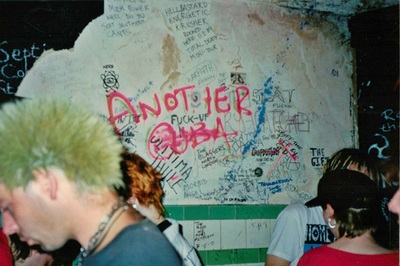 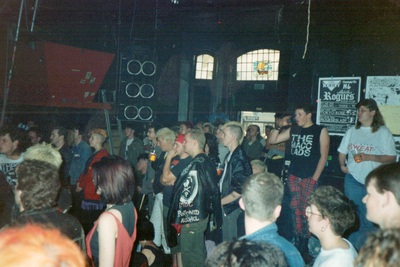 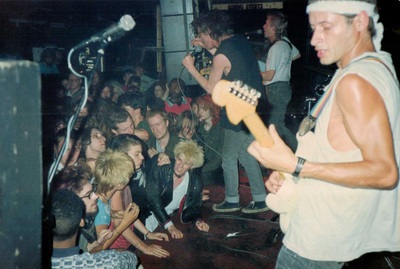 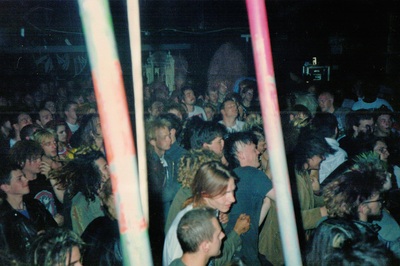 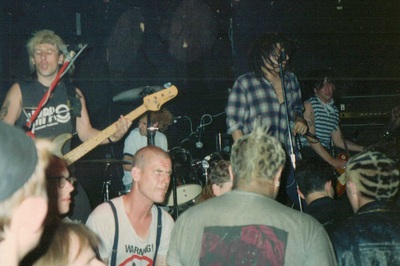 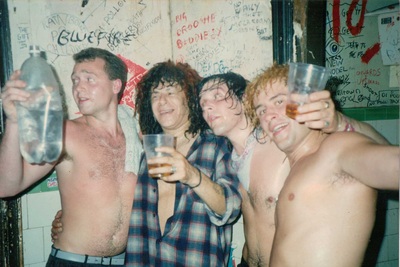 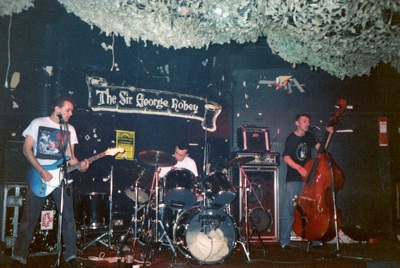 Roger Stanley writes: "We used to live in Elgin Avenue just around the corner from the Windsor Castle W.9, and in 1945/6? Winston Churchill did a big speech to 1000s of us from the verandah. Then we moved to: 50, Wrentham Avenue N.W.10, left there in 1969 to come to OZ. By the way, THE SMALL FACES visited 50 Wrentham Avenue,NW10 regularly to study some JAPANESE Chanting stuff, on and on. The lady running the classes was a Japanese lady married to
a Mr. Lynch. Not many people know that!"

The original settlement of Stockwell formed around here in Stockwell Green. The first part of the name derives from "stoc", the Old English word for "wood". Water was drawn from wells on the site and breweries thrived. The building of Inns and taverns naturally followed with The Plough (the original  dating back to 1666) and The Swan (circa 1780).

The tiled Truman’s sign with the eagle roundel is that of Truman, Hanbury, Buxton & Company Limited - a London brewer with records stretching back as far as 1666 - the date The Plough opened!

This building was constructed in the 1930s (by Truman's inhouse architect AE Sewell) on the site of the original Plough. During the 1960s and 70s the pub was well known all over London as a key jazz pub with live residencies. Musician Phil Seaman used to play here regularly before his death in 1972.  Charlie Watts of the Rolling Stones said: “Phil was a one-off player and is probably the best drummer we’ve ever had. There’s a whole crowd of guys who were influenced by him."

It became a hip-hop bar called The Plug in the late 1990s before closing in 2002. Incidently the name change was simply because the O and the H fell off the Plough sign, hence The Plug.

Peter writes on the BBC website: "I do miss places like the Plough in Stockwell, where you could see the likes of Keith Tippett, Chris Biscoe, Dudu Pukwana, Nick Evans and John Stevens on a weekly basis in a completely non-pretentious, inexpensive environment. There doesn't seem to be anything like that anymore, more's the pity..."

This interesting looking building on Rushey Green was recently an Italian Furniture Shop on the ground floor and  a Rileys snooker hall upstairs. A sign for the Agape Miracle Centre Church  hangs from the building though they appear to have gone too.

The building was originally the Savoy Ballroom but during World War II  it was taken over by the  social services, providing food, drink and medicine to local schoolchildren. After the war it was known as the Savoy Rooms as a dancing and gaming club an then renamed The Witchdoctor and then Mr Smiths. The Rolling Stones (1964),Gene Vincent (1964), The Who (April 1966) & Desmond Dekker (1969) are just some of the bands who played there.

The owners of Mr Smiths, Dougie Flood (club owner) and Bill Benny (ex heavyweight wrestler, asked South London gangsters Eddie Richardson and Frankie Fraser to protect the club in exchange for gaming machines being placed there. In 1966, a fight broke out between Kray gang members and Richardson gang members in the early hours and Kray-associate Richard Hart was shot dead outside trying to escape. Mad Frankie Fraser allegedly got his nickname from his part in this fight.

This stencil streetart by Stewy is of onetime local resident Joe Meek who lived, recorded and died in a flat a little further down Holloway Road

The first major hit to be produced his Holloway Road flat  was Johnny Remember Me,His best-remembered hit is the Tornados' "Telstar" (1962), which became the first record by a British group to reach No.1 in the US Hot 100. It also spent five weeks atop the UK singles chart, with Meek receiving an Ivor Novello Award for this production as the "Best-Selling A-Side" of 1962.

When his landlords, who lived downstairs, felt that the noise was too much, they would indicate so with a broom on the ceiling. Joe would signal his contempt by placing loudspeakers in the stairwell and turning up the volume.

His commercial success as a producer was short-lived and Meek gradually sank into debt and depression. On 3 February 1967, using a shotgun owned by musician Heinz Burt, Meek killed his landlady and then himself.

Organ outside a restaurant in Drury Lane WC2